A look back at the Demize NPSL 2021 season 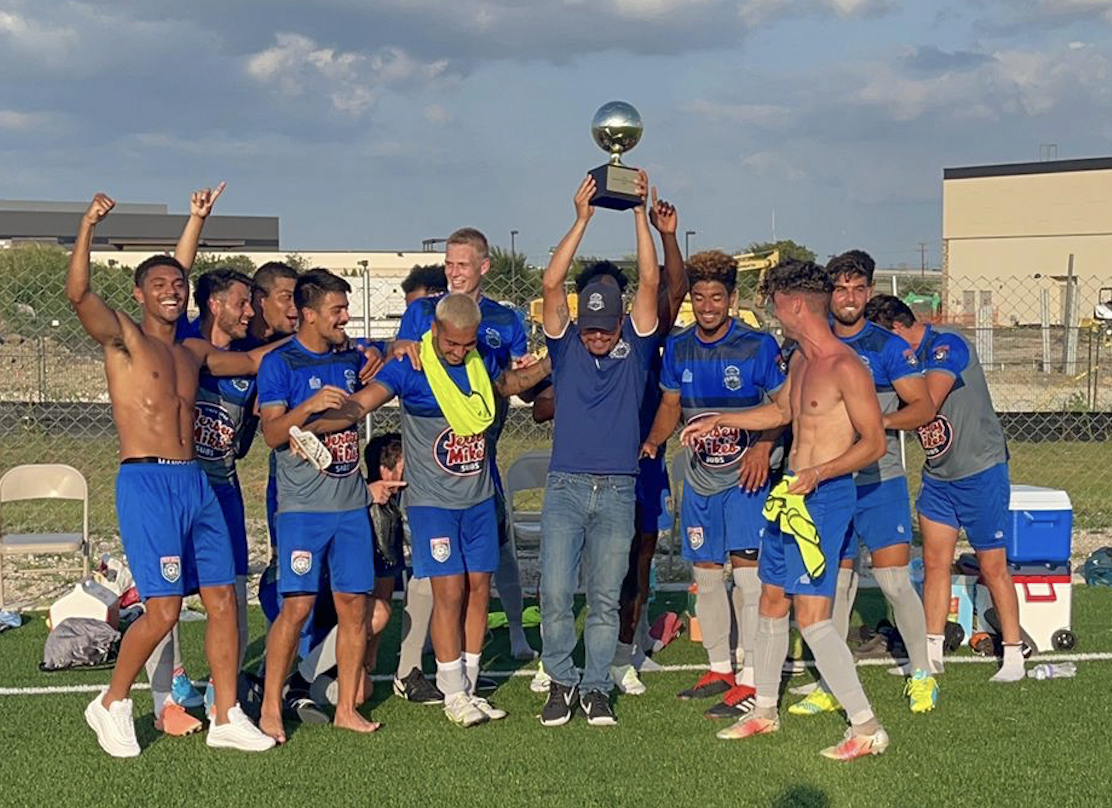 The National Premier Soccer League 2021 season saw the Demize NPSL team make history on multiple fronts. First with an undefeated regualr season record of 7-0-3.  The team would only trail in three games the entire season.  In what could be considered the comeback of the summer at Scott Stadium in Little Rock against the Arkansas Wolves the Demize scored two goals in stoppage time with the game winner from Jon Clout's header in the 94th minute lifting the Demize to a 3-2 victory.

The defensive unit was lead by goalkeeper Matt Wallace and defenders Jon Clout, Jeremiah Musa, Patrick Principe, Erik Sorares, Mitch Stevens and Stephen Al-Sayed. They only conceeded 9 goals during the regular season campaign. Across the entire NPSL only three teams could claim a better defenesive statistic with Alantic City, FC Baltimore Christos and the Larado Heat only conceeding 8 goals each respectively.  The offensive fire power was also on display with 32 goals scored with forward Rian Marques, midfielder Quentin Hornung and defender Jon Clout competing with each other throughout the season to claim the top goal scoring honors for their postions on the team.

The team finished 10th in the NPSL power rankings out of 76 teams competing across the country in four different regions. This marks the highest team ranking in the club's history in the league.  The team also made history as Springfield would be the host site for the conference semi final and finals for the first time during the playoffs.

For the second consecutive season (2019 & 2021) the Demize would play in the Heartland conference final.  The teams on field excellence would be recognized by our peers with four members of the squad being selected for the Heartland XI All Conference team: goalkeeper Matthew Wallace, defender Jon Clout, midfielder Quentin Hornung and forward Rian Marques.

The Demize would like to thank all of our players, coaches, volunteers, board members, fans, sponsors (Access Dental and Thompson Sales) because without their support we would not be able to bring this level of soccer to our city and the soccer community of Southwest Missouri.