Demize at the NPSL Showcase 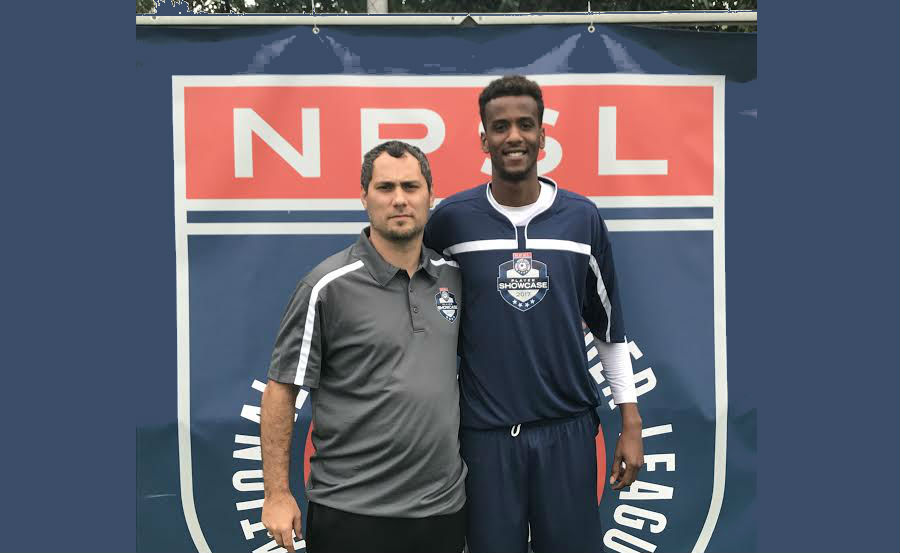 Chris Hanlon coaches South Region team at the NPSL combine, Ali Sodal represents Demize at the Stub Hub Center in Los Angels and scores game winning goal in the consolation match.  Ali is the third player in as many years to represent the Demize at the player showcase.

The Joplin Demize and the NPSL Showcase The Demize have always been leaders in player development in Southwest Missouri  and 2017 started with much of the same. Head Coach and Director of Soccer Operations Chris Hanlon and star striker Ali Sodal headed off to the StubHub Center in early January for the 2017 NPSL Player Showcase.

Hanlon has been involved with the showcase from the very beginning; that’s also the case for the Demize’s top players.  The showcase has become a yearly tradition.  Defender Eddie Green was the first chosen, participating in the 2015 edition.  Forward Mario Pinto was selected in 2016, but actually signed a pro contract with a Brazilian club prior to the event.  It is easy to see that Sodal finds himself among greatness.

But you could say that Sodal is one of the club’s best players after impressive performances in 2016.  Hanlon certainly agrees.

“Ali was our top forward during the 2016 campaign.  He has the potential to be a professional player at the next level.  Unfortunately due to an injury at the end of the season he missed our last four games and he was still named Honorable Mention in the South Central All-Conference awards.  At Midland University he set career records for both goals and assists, showing with his body of work at the collegiate and NPSL level the type of player he is. I know the Demize was able to provide a platform for him to chase his dream to become a pro player.”

The Omaha, Nebraska native came away with an impressive seven goals and three assists in 11 matches during league play in 2016.

According to Head Coach Raphael Martinez, that pales in comparison to the record-setting run he had at Midland.

"Ali Sodal is has left a lasting impression on the Midland University men's soccer program. Through his speed, work ethic, and uncanny ability to score goals, Ali leaves Midland soccer as the all-time leading goal scorer. He's a team player, leader, and dedicated individual that has all of the potential to play soccer at the next level. We are extremely proud of Ali and all of his accomplishments and see a very bright future for him in the game of soccer. "

Sodal’s numbers for the Warriors were simply awe-inspiring.  He set single-season program records for goals (24) and points (55) as a senior in 2016. He also became Midland's all-time career leader in goals (49) and points (115). Simply put, he proved that he can put the ball in the back of the net.

The next logical step for Sodal is a familiar path for Joplin Demize players: the pros.  He impressed at the 2017 showcase, scoring a goal in the consolation match.  It was one of only a handful of goals in the entire event, a fitting accomplishment for a record-breaking striker who scores goals day in and day out.