Demize U15 and U17 boys make finals at CCDP tournament 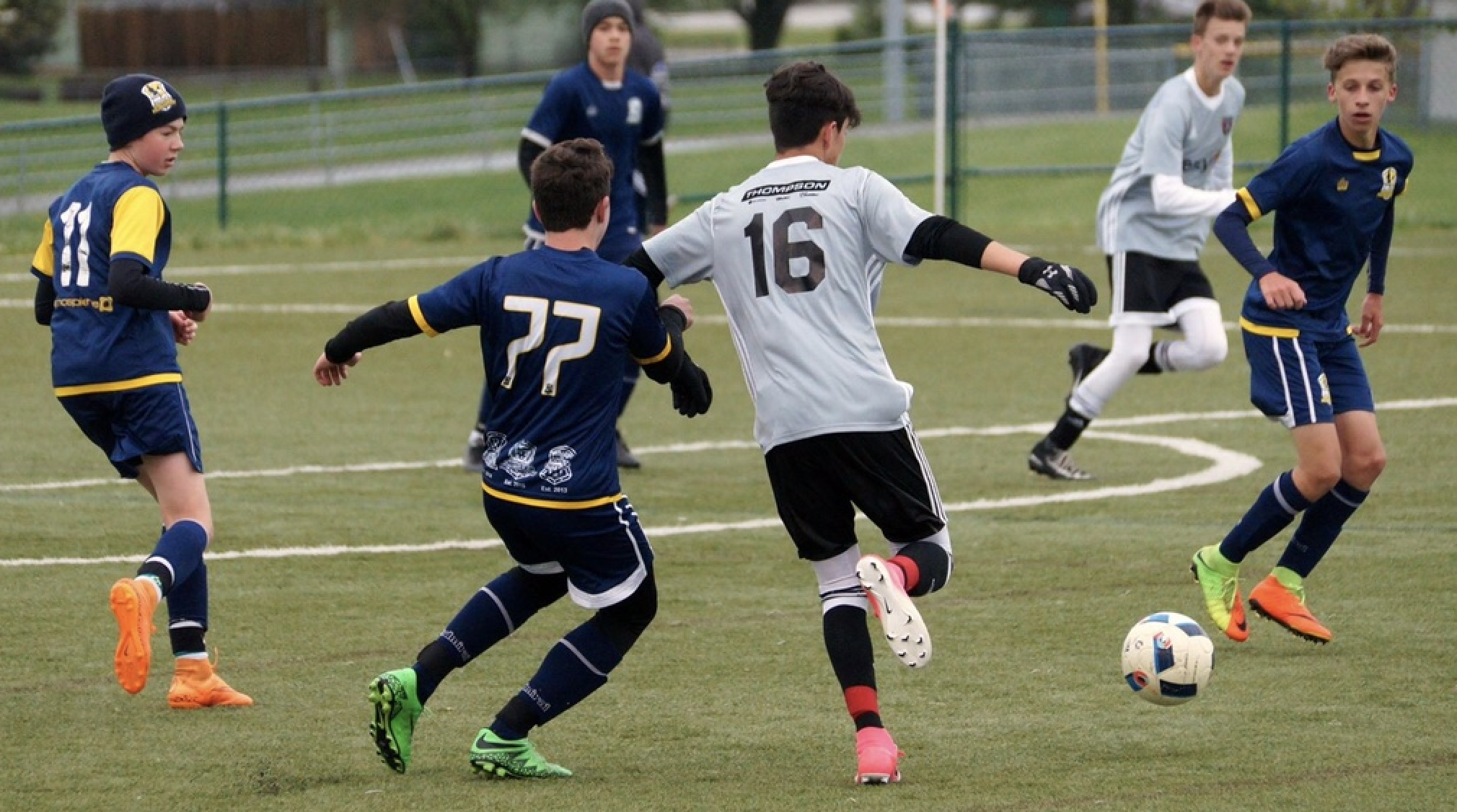 This past weekend Lake Country Soccer hosted the Coca Cola Dr Pepper tournament in Springfield, Missouri.  The Demize Academy had 12 teams ready to compete but mother nature did not cooperate and with over 3 inches of rain Thursday and Friday the youth divisions were canceled Friday afternoon. With only the high school age groups and top U14 division able to play the four Demize teams started games bright and early on Saturday morning with the Demize U17's taking on Pinnacle FC at Drury's Harrision Stadium.  In a highly contested match the Demize went down a man after Ethan Merino received a red card after a collision with a Pinnacle defender only 15 minutes into the match.  Jung-Woo So would score only a minute later to give the Demize a 1-0 lead.

" I felt that we played harder with 10 men and the effort the team put into not only winning the game down a man for 60 minutes but dominating the second half in both ball position and goal scoring opportunities " stated coach Hanlon.  With a 1-0 victory the Demize would face Sporting Wichita in the next match at 1:30 PM.  With the short turn around and heavy legs, Sporting Wichita was able to jump out to a 2-0 lead in the first ten minutes.  Duncan Livingston conceded an own goal off a corner kick and shortly after a through ball would penetrate the Demize back line resulting in a breakaway goal.  Down 2-0 at halftime the Demize would storm back with Hunter Gilliam scoring off a free kick and  Jung-Woo So slotting a ball into the corner after getting in the 18 yard box.

The semi final would be completely dominated by the Demize with Hunter scoring a half volley assisted by Jung-Woo So.  The 1-0 result vs Carl Rose would send the Demize into the final to face FC Legacy.  The final was a lopsided affair with the Demize dominating both position and goal scoring opportunities but a late free kick in the second half would prove to be the game winner for the Legacy team.  "It's unfortunate that we did not finish our chances. With almost 20 goal scoring opportunities to our opponents 2 and the game should have played out differently," stated Hanlon "But all credit to the Legacy goalkeeper that make some fantastic saves and our opponent as they found a way to win the game."

The Demize u15 boys would start off facing Sporting Springfield and coming up short in a 1-0 loss.  "I believe it took us until the second half to wake up but once we did the game could have gone either way", said Coach Tyler Bennett.  Needing a win in the second match to make the semi finals the U15's would beat Kirkwood United SC 2-1.  The semi final would be the game of the tournament with the Demize winning in double overtime 6-5 vs. Venom when Landon Pennell scored the game winning goal.  "This game was exciting for the players and parents alike, but I felt we ended up spending a lot of energy in a game we could have won in regulation, not double overtime" stated coach Tyler.  The final would see a rematch of the Demize vs Sporting Springfield but the U15's would fall short losing the match 2-0.

The Demize U14 boys and the Demize U18/19 boys did not make the finals.  with the U18/19 ending up with a record of 1-2 losing two close matches, 3-2 vs Legacy and 2-1 vs Kansas City Blackstars.  " It was very frustrating to watch us lose close games when we had so many golden chances to score", stated coach Joey "It was one of the days where we could not find back to the net and capitalize on our chances."  Sunday the U18/19 would finally get back on track beating FC South Central 2-0.

The U14 Boys would have the same struggles finding the back of the net as the older high school boys falling late to KC Legends 2-1 and then to Sporting Arkansas 1-0. The Demize would end up tying Magic in their final game 1-1.

Congratulations again to all the teams that played this weekend!