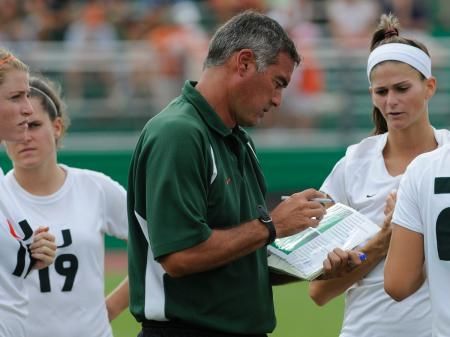 “I’m excited about the opportunity to work with high level female athletes again while also being challenged as a coach by the teams and coaches in this conference,” Croft says, “I really look forward to the dynamic of playing within the Central Conference and creating some rivalries with other clubs while also creating a sense of ownership of this club for the players.”

Croft knows that it will take elite players to have success in the UWS. He is looking for players who are able to show that they want to compete and put in the work necessary to compete at this level.

“We are looking for players with a high level of experience,” he explains, “whether it be with their clubs or college program. There is a high level of expectation we will create here with Springfield Demize that will need the mentality of players who have been coached and competed at high levels.”

The player selection process will look a bit different this spring with many college programs competing in the spring rather than the fall. Croft says that the staff will be watching live college games as well as film of players who are interested during this process. The staff will also be speaking with various college and club coaches of players who have been identified. He feels that there are also many local players who can benefit from training with the first team as well as some who may be able to make first team appearances. This development of local players is very important to Croft. The relationship with Sporting Springfield will help gain tremendous support for the club as well as provide mentors and role models to the younger players to strive to have the opportunity to play for Springfield Demize one day.

Croft is looking to create an environment within the team where players hold each other accountable and show up to compete.

“We want a team that will compete in training consistently,” he says, “not just when it is a game or activity to goal, but consistently.”

He plans on shaping the style of play around the group of players the club is able to sign.

“We would like to create a possession style of play with some pressing tactics involved, but we have a very short pre-season to be able to create a definitive style of play now. We will need to look at what the players can provide us with through their tactical knowledge, fitness level, and technical proficiency.”

Croft feels that players’ fitness levels should be high coming off of their college seasons this spring.

He closed by saying that Demize fans have a lot to be excited about in this first season in the UWS.

“They should expect an exciting environment created by the players on the field!” he says, “Many players will be ones that fans will know through local club and college teams,” Croft continues, “others will be ones to meet from out of state or even out of the country. Fans will look forward to being a part of the inaugural season of Demize women’s soccer competing at this level in the UWS.”